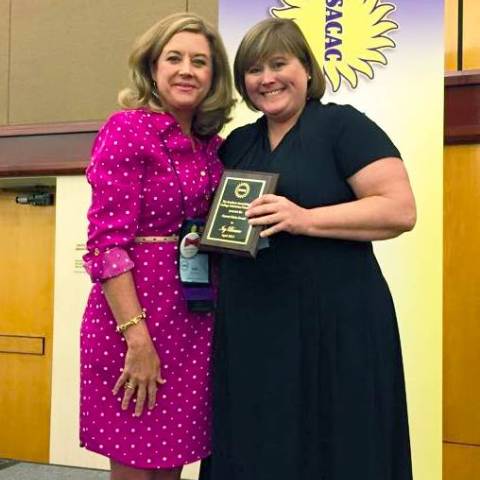 Brewer honored by SACAC as emerging leader in college guidance

Darlington Associate Dean of College Guidance Ivy Brewer has been honored by the Southern Association for College Admission Counseling (SACAC) with the Garrett Klein Award. The award recognizes emerging leaders in the college admission profession, within the realm of professional development in particular. The accolade was presented at the annual SACAC conference in Birmingham, Ala. last month.

"I am especially proud of Ivy for her rapid leadership in the world of college admissions and for this wonderful recognition from her peers," said Sam Moss ('63), Darlington's dean of college guidance and former SACAC president. "She has been instrumental in leading professional development at Darlington, training college advisers."

The Garrett Klein Award was created by SACAC in memory of Garrett Klein, an undergraduate admissions professional at Vanderbilt University who was known for his commitment to his students and his work, his ambition, and his desire to share and acquire knowledge.

As a member of SACAC's board of directors, Brewer serves alongside former Darlington associate director of college guidance Dr. Nicole Shaub-Cook and former Darlington college adviser Ivey Harrison ('99). In her role on the board, Brewer works as the organization's professional development co-chair. As such, she helps create and implement summer programs for SACAC members that include training, mentoring and college campus visits.

Brewer joined Darlington’s college guidance staff in 2007, and has visited more than 200 college campuses during her tenure. She holds a B.A. from the University of Georgia, an M.A. from Florida Gulf Coast University, and a graduate certificate in college counseling from the University of California Los Angeles Extension. She has also been designated a Certified Educational Planner. In addition to holding membership in SACAC, she is also a member of the National Association for College Admission Counseling (NACAC) and the Association for College Counseling in Independent Schools.

SACAC is a nonprofit professional association founded in 1966 as an official affiliate organization of NACAC to bring together college guidance professionals to ultimately better equip them to serve students transitioning into higher education. Membership is comprised of approximately 1,600 secondary schools, colleges and consulting firms across Alabama, Arkansas, Florida, Georgia, Louisiana, Mississippi, North Carolina, South Carolina, Tennessee and the Caribbean islands. 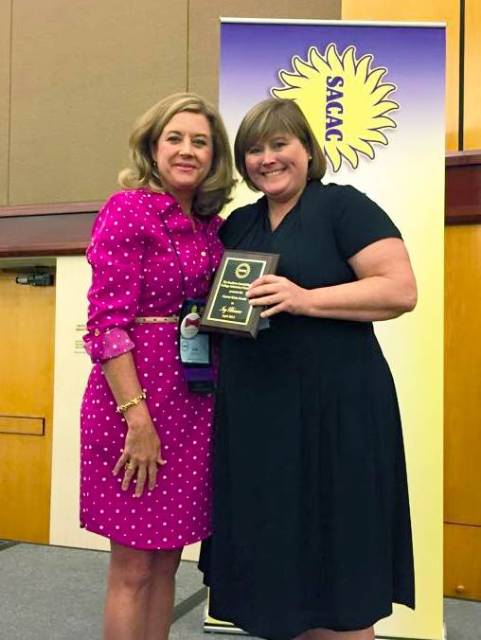