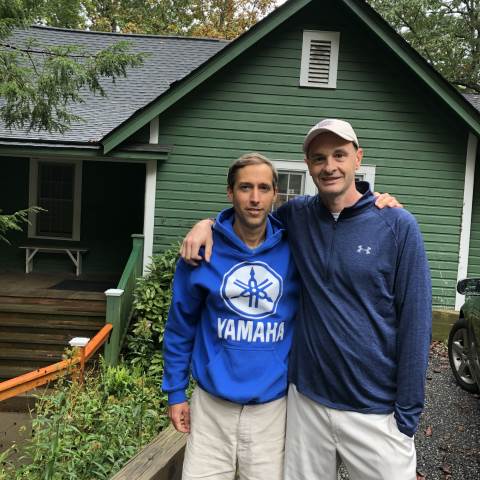 On a weekend in early October, I drove up to Black Mountain, N.C., to see my best friend. I drive up about three or four times a year to see him. But this time was different. This would be the first time I would come up and not see his dad. His dad had passed away four days before. My best friend’s name is William ('92) and his dad was Mr. Gordon Neville ('55).

The Ivester family and the Neville family have a shared history dating back to 1981. My mom taught at the Middle School for 25 years, from the early 80s to the mid-2000s. She taught all of Mr. Neville’s kids, Mary Elizabeth ('90), William and Leverett ('95). Mr. Neville was at the Middle School for many of my mom’s 25 years and also at the Upper School during his 44 years at Darlington. He taught or coached me and my two brothers, Kyle ('87) and David ('84). Mr. Neville was a teacher, administrator, coach, and he was my best friend’s dad.

We spent the weekend reflecting on his dad’s life, sharing memories.

William recounted a story he had told me several times before of his dad moving to South America with his family around age 3. Gordon Neville Sr., known as “Hap” due to his outgoing and happy nature, was a missionary and took his son, Gordon Neville Jr., with him to Brazil. He spent the majority of his childhood on the east coast of Brazil.

Mr. Neville came to Darlington in 1951 as a freshman and lived in the dorms four years as a boarding student. Mr. Neville would say that for all four of those years, he never once saw his father due to the fact that he was in Brazil that entire time serving the church.

Mr. Neville was a man who treated everyone with respect and served others with humility -- a man with a chivalrous nature that is rarely seen in today’s world. In the simplest of terms, he was a true southern gentleman. I remember eating lunch with Mr. Neville in the dining hall my first year as a teacher at Darlington. Everyone at the table was sitting, enjoying their food and there was one open seat at the table. A female teacher walked up to the table. Mr. Neville stood up, walked over to the open chair, pulled out the seat for his female colleague and said, “Please, have a seat and join us.” I saw Mr. Neville do this many, many times during my years at Darlington.

Why did that simple act make an impression on me as a young, 20-something teacher? Maybe because there are so many people who spend their time talking about how one should act, but it is a rare man whose actions are louder than words. He was showing me, as a young man, how to show respect for others.

Every time I came up to North Carolina, I had dinner at the Nevilles' house. Every single time I ate dinner there, Mr. Neville would wait for dinner to be served, and when his wife would come to the table, he would get up and pull the chair out for her to sit down. I saw him do it at least 20 times -- the last of which would be March of 2020, 25 years after that time in the Darlington dining hall. He was an 82-year-old man, his mind slowly fading from dementia, but still had the courtesy to show respect for his wife. As I said, he was truly a gentleman.

I will always remember something that Mr. Neville told our soccer team before a game in the locker room my senior year. We had been fortunate enough to make it to the Final Four of the state playoffs two years in a row. This would be the final game of our high school career as seniors. Mr. Neville did not speak about strategy or what would be necessary to win our final game. Instead, he urged us to look around the locker room and think about the relationships we had forged with our fellow teammates through the game of soccer. His exact words have stayed with me since that spring day in 1987. He told us, “Think of the friendships you have made by kicking a ball through a blade of grass.” It has remained emblazoned in my mind for all these years.

At the end of the October weekend, William and I went up to the Nevilles' house to visit with his sister, Mary Elizabeth. The Neville family had built a house in Montreat, N.C., in the 1920s, and it was this house that they would come back to during the summer months when they returned to the U.S. from Brazil. As William and I walked onto the familiar hardwood floors, for a moment I was sure that Mr. Neville would greet us as he always did as we walked into the living room. Surely he would be wearing his khaki pants and faded button-down shirt and say, “Hello Kevin, how is your family doing?” “How about your mom and dad? Please, have a seat … make yourself comfortable.” Anyone who has lost a parent knows the empty feeling the first time you walk into that house you’ve walk into time after time and suddenly you come to the realization that, for the first time in your life, your loved one will not be there around the corner.

We walked through the house, looking at the pictures on the wall and items around the house. I find an old photo of Mr. Neville from his childhood in Brazil. I see a picture on the wall of Mr. Neville as a senior at Davidson College in his soccer uniform, kicking a ball. I look above a bookshelf and see an old soccer ball. I reach up and take it down to look at it, as it appears to have signatures written on it. As I pull it closer, I see the words “Final Four” 1986. This is MY team -- the ball we signed for Mr. Neville after that special season. I walk into the living room and show it to Mary Elizabeth and William, and we begin looking at what each of my teammates wrote. I read the messages and come across my own message, written 34 years ago, the ink still preserved. “Thanks for all the great years of soccer … Kevin Ivester #10.” At least half the names on this ball I am still in close contact with all these years later. “Think of the friendships you’ve made from kicking a ball through a blade of grass.” Mr. Neville’s words come back to the front of my mind. I sit in Mr. and Mrs. Neville’s living room, all these years later holding this ball.

A quote from a Woody Allen film comes to mind. One character, recalling an especially joyful day in his life, says, “And I wondered, is a memory something you have or something you’ve lost.” The implication being that you will always be able to recall that joyful day in your mind but you will never be able live that exact moment in time again.

On my drive back to Rome that October weekend, I sat quietly in my car, radio off, pondering my time in the mountains. These memories that travel back and forth in time from the peaks of Western Carolina to the foothills of Northwest Georgia are something that I have and will never be lost. Thanks for the memories, Mr. Neville. 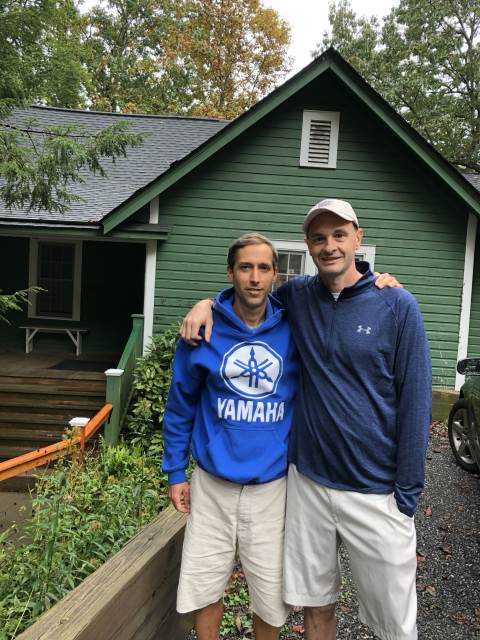 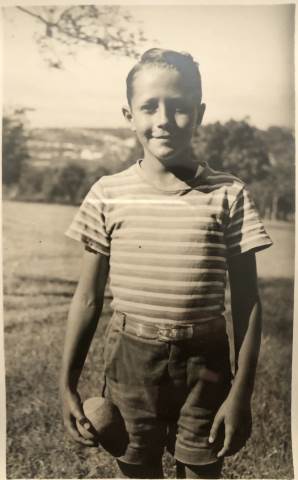 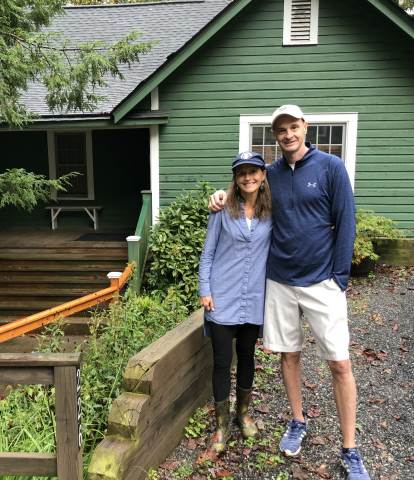 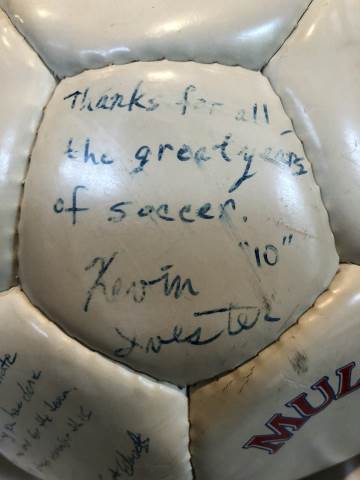 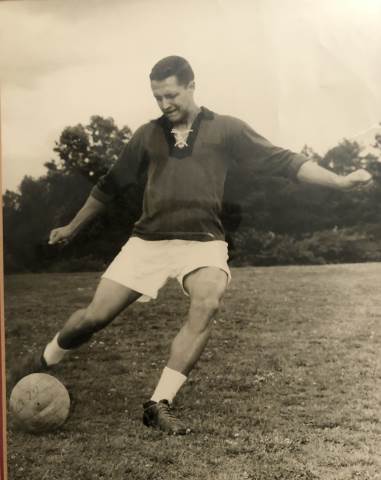